My son and I watched High Noon last weekend, our second time, and there’s so much packed into that short film: the great performances and characters, the camera work, its message on McCarthyism. He and I always have a lot to discuss as the film goes forward, in real-time, Will Kane waiting for that train and Frank Miller, and it reminded me how much I enjoyed teaching film as part of my high school English class.

(By the way, do you know The Best Old Movies for Families: A Guide to Watching Together by Boston Globe film critic and college classmate Ty Burr? A fun book for movie ideas. We refer to it all the time.)

There are many reasons to share classic films with high school students. I always enjoyed pulling apart the magic of various films, in the same way that we might tease apart a poem. I remember sharing with one class the shower scene from Psycho; we first let it run with sound; then we watched it without sound, to discuss the importance of its iconic soundtrack; and finally counted aloud the number of shots that comprise the scene, to talk about the editing, the various camera set ups and angles. It was great fun, to deconstruct a movie, to tease apart what makes it great, as we did with more traditional literature such as The Taming of the Shrew or Yeats’ The Second Coming. At the end of one film unit, a student remarked to me, with a smile, that I had ruined going to the cinema for her, for now she couldn’t help noticing the lighting of a scene or the music and its impact on the visuals. That comment made me happy.

I asked Alex O’Flinn, former student, good friend, and filmmaker, to weigh in on teaching film with high school students. Here’s what Alex had to say:

“The vocabulary a person learns from watching films is not just film vocabulary; it’s a visual vocabulary. As new forms of visual media emerge all around us, this language has become more vital than ever. While films will always retain their aspect of entertainment, we have reached a point in our society where visual language is no longer reserved for just entertainment but for communication. But as with any language, it must be learned. Yes, by just watching films there’s a lot a person can learn about visual aesthetics and storytelling – but it’s not enough. To really understand that aesthetic, a person must interact with film, deconstruct it, all the time asking, “Why, why, why?” Why did the director shoot the film using wide angle lenses? Why does the lighting in one scene have more contrast than in others? Why is a certain color palette used throughout the film? Everything in film is deliberate. Even if there’s a happy accident while shooting, that accident is examined thoroughly before it’s used in the film. By beginning to question and understand the logic to these decisions, a vocabulary develops, and what’s universal about this visual vocabulary is that it’s rooted in storytelling: How can I communicate this idea to an audience in the most clear, efficient, and thoughtful manner? For instance, take this situation: 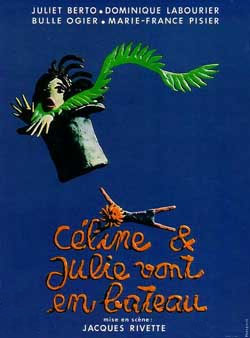 “A father and son are walking down the street in Washington D.C. when a taxi cab runs a red light and hits another car. People start running towards the scene. The father remains calm and protects his son, who is very emotional. With people pushing by them to get to the accident scene, the father notices a bench nearby, and the two go to it to get away from the action.

“What does someone need to show visually to hit the story points mentioned above? What is the scene’s emotional arc? How should it be played out visually (close ups, wide shots, dolly moves, static shots, etc.)? What is the character arc for the father, for the son, and how should the actors playing them be directed? By answering these questions, a person interacts with the narrative, deconstructing it and creating a visual translation of the written work. Certain story and character beats are examined in close detail, and a corresponding visual plan is created.

“Much communication is rooted in the visual, and integrating the teaching of film into a school’s curriculum allows students to develop a robust visual vocabulary, on which they will become increasingly reliant as they develop their own voices as storytellers, as communicators.”

Great stuff, Alex – thank you. And, kind reader, see what folks are saying about Alex’s film Shoot the Moon. See it when it comes to your neighborhood.

Lastly, behind my film unit was my obvious love of the medium and its importance for me growing up – not just the movies but going to the movies. Piling in a car on the last day of sophomore year in high school to see a matinee of the just released Jaws. Sitting in the last row of the now gone movie theater at the Hamden Plaza to see Tommy. Eraserhead with Rob Bowers at New Haven’s Lincoln Theater. Watching Red River and Celine and Julie Go Boating in my film studies class with David Thomson sophomore summer in college. My first date with my wife? We saw Casablanca.

Going to movies was highly social for me, even if I saw something alone, since there were other people in the audience, laughing at the same lines, gasping at the same images. In our unit my students and I discussed the social power of film, a medium that, back in the olden days, brought large groups of people together, sat them close to each other, and turned off the lights. But things have changed, obviously. In Sunday’s New York Times Manohla Gargis wrote that movies “were part of what it meant to be modern. Viewers learned to dress and smoke and romance from movies, but they also learned how to be an audience…constituents in a new cultural democracy, one in which you voted by buying a ticket…We still commune with others when we watch a movie alone at home – if only in later conversation, online or in our head. But watching that movie with other people is a discrete experience from watching a clip on YouTube and noticing it has 200,000 hits, each a ghostly trace of someone else.”

Helping high school students better understand the innards of movies is a way to promote their communal nature. Our class was an example – right? – as the 20 of us discussed just what the heck was happening in Barton Fink. And by giving students that specialized vocabulary, as Alex wrote, we give them a set of tools with which to think critically about another, very omnipresent medium.

Important in all of this, though: Sure, dissect scenes. Get at what makes them work. But then rewind and let that movie run. Glory in the whole, in how all those individual parts mesh together. The lights dim in the theater, the title sequence washes over us, and we let go, the movie and its story channeling us along.